By Allthingsfoodie - February 02, 2012
It's an official Day 30 of the Whole30 for me because I started on January 3.  As I was making my delicious asparagus frittata for breakfast this morning and thinking over the last 30 days and how I felt in comparison to Jan. 3, a couple more aha's popped in my mind.

I have to say that besides feeling incredibly bloated and unhappy about my weight for the last few months I didn't have any physical issues like pains in my knees, hips, joints, etc.  No skin problems, except that extra layer that gravity has decided to pull over my upper eye lid so I can be sure to look like I have crossed over the half century mark.  And I get headaches very rarely and when I do I freak out because I'm just not used to it.  I was never overly tired and seem to be on a pretty even keel with energy for the most part.  Most of that is because I get at least 9 hours of sleep a day and I had been doing about a 75/25 lo-carb diet for the last four years.  It was only in the last few months that everything started to slip out of control.  On January 2 when I gorged myself of the remainders of the leftover carb and sugar-laden goodies from a New Year's Day party did I feel like I hit bottom.  If that's the biggest bottom I had to hit then I know I truly am blessed! Hah! :-).

So on Jan. 2 as I was laying around in my carb-laden state, surfing the net because I was unable to focus on anything else, I happened upon the Whole 9 Paleo Nutrition site.  I was already familiar with Paleo having had Robb Wolf's Paleo Solution Book for the last year.  I was trying to put some of the food concepts into practice but figured I'd never be able to actually stay on a Paleo plan for 30 days.  It took feeling so uncomfortable with myself that the Whole 30 plan seemed like the perfect way and plan to start.  I knew I needed to get back in control.

Now that it's over I can't believe 30 days has gone by already.  As I said in my last post, I am surprised that I had no problem with the dairy.  Two things that were the biggest changes for me were having a glass of wine with dinner during the week (I like to cook and eat around what wine would go best with the meal), and foregoing the can of diet Mt. Dew that I usually had every day after lunch.  The wine habit I am happy to give up during the week now and researching about the unhealthy effects of soda has made me happy to give that up as well.  But I really do miss the taste of that Dew!  But I don't miss that "medicine head" that I get from it after drinking it.

The one thing that I wanted to know from this 30 day experiment was whether my eating/drinking habits had any effect on how clear my mind was.  It took almost 30 days but I can say that my mind does feel clearer.  It's like an invisible band around my forehead has been removed.  Was it life-changing?  Not really.  But I now feel back in control with my eating habits, I now know that I can save $300 a month by not eating at work/out just for breakfast and lunch alone, and that's with buying the "expensive" fruits and vegetables and better cuts of meat (grass fed) and organic foods.

In love and health,
Brenda 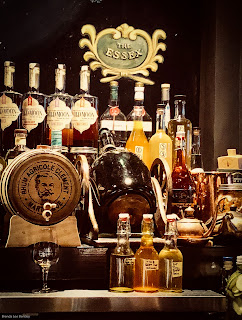 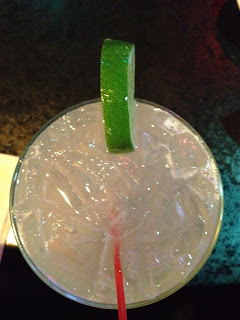