The Farm CSA share program I'm doing at Farmer Joe's here in Wallingford, CT has been wonderful so far.  I only did the 1/2 share and I'm finding it's not enough to make it through the week.  I usually end up buying some extras like this week's eggplant.  Every week when I pick up my share there is usually a small sample of something they've cooked up with one of the vegetables from that week.  This week's recipe was Eggplant Chips and after tasting it I promptly bought some more eggplant for myself to try it out.  I think it's the first thing that didn't have some kind of sweetener added to it so I was doubly happy.  I dubbed this recipe "Paleo Eggplant Chips" since it fits the requirements.  It's basically just REAL food!  I happened to have some awesome lime flavored olive oil so that made them even more delish.  So here goes:

Eggplant
1 clove fresh garlic, finely minced or sliced very thinly as shown in the photo.
1 Tbsp. fresh sage or other herb - I used sage on some and oregano on others
Olive Oil
Salt

Night before:  slice all eggplant into thin disk slices.  Place in colander, layer sliced eggplant with healthy amounts of salt until all eggplant is in the colander.  Put a weight over the eggplant (pot filled with water works well) and let it sit overnight.  Note:  I did this but apparently you need to add a LOT of salt to get it to sweat because mine didn't look any different in the morning - and therefore were not as crispy as they should have been.
Next day:  remove eggplant.  Rub olive oil on both sides.
Preheat oven to 400 degrees F.  Sprinkle favorite salt on top of chips (sparingly).  Press garlic over top of egplant and sprinkle with fresh sage or whatever herb you are using.  Place in oven and turn chips to cook evenly.  Remove when crispy.

Posted by Allthingsfoodie at 1:02 PM No comments:

Easter Pie
(not Paleo as this recipe uses a crust and processed sausages and if you are following no dairy this is a definite no-no).  Otherwise leave out the crust and you have a very nice lo-carb meal.

Ham - a 1" chunk of imported ham , or a shank ham bone (2-1/2 lb) and dice up the ham
3/4 lb. proscuitto sliced thick
1 cup parmesan cheese
1 basket cheese
1 stick hard dry sausage dry or sweet depending on what you like
1/2 lb pepperoni
12 eggs
course black pepper to taste
Crust:  make your own or use any store made dough


Cut up the meat ingredients to small pieces.  Beat the eggs, add black pepper  and mix in with the meat and cheese mixture.
Grease pan, line with pre-made crust.  Pour mixture into pan.  Top with crust.  Bake at 350 degrees F for about an hour or until an inserted knife comes out clean. 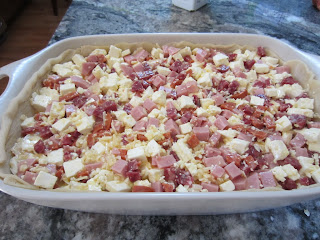 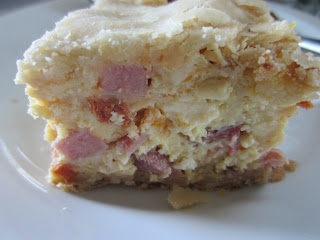 Lamb recipe:  Mix fresh rosemary (finely chopped), five cloves garlic, Tblsp of salt, 3 T of olive oil.  Rub mixture over chops.  Let marinate a couple hours (or not - I've made these with rubbing the mixture on and letting it sit only for about 15 mins and it tastes the same to me...) and then sear the rack of lamb on all sides in a pan on the stove top.  Then bake in a preheated 350 degree F oven for 20 mins for them to come out moist and pink as shown in the pic.  If you bake them longer until they are well done they will still be very tender. 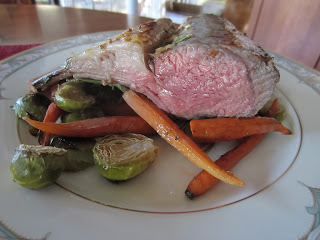 Posted by Allthingsfoodie at 11:31 AM No comments:

Los Mariachis Mexican Food in Wallingford, CT.  This place is the real deal.  Family run, freshly made food with an in-town feel and a place to go and just relax. No hustle and bustle of corporate food thankfully!  It's a new/old favorite restaurant of ours.

The bar area has recently been repainted in darker colors and expanded into a horseshoe shape.  Much better for conversation and holds a few more people than before.  We like to go to Los Mariachis and eat at the bar for a quick, informal meal once in a while.  There is a great happy hour special Sunday to Thursday from 4 to 7PM that includes a margarita and an appetizer.  YUM!  My favorite appetizer food are the tamales.  They are so good!  They are the real thing, perfectly held together with the right consistency of a home made tamale.  You can even see the lines from the dried corn husks that held them together.  Stuffed with pork and hot or mild (you can one of each) the hot ones are perfectly spicy enough for me and the sour cream comes with it to cool down the hotness if necessary. 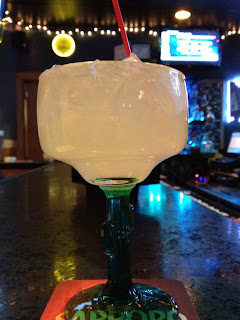 In the Paleo eating world having a nacho's/tequila night is much better for me than a pizza/beer gig as far as chowing down the carbs go.  And now that I've found that Los Mariachis has Skinny Margaritas - I'm hooked.  Look at that oh so clean, refreshing, limey loaded Skinny photo!  I haven't found a better thirst quenching drink than that around and none fresher either because they squeeze the fresh limes right when you order it.  WOW are they awesome.  Food is secondary to those lovely skinnies!  But eat we must, so along with my margarita, I usually end up with the carnitas.   Ok Ok I know that pork deep fried in glistening vegetable oil is definitely a no no but those pieces of tender, tasty pork are pure comfort food for me - definitely a cheat meal.  Along with a pile of guacamole and rice and beans, it's a win for me.

Another lovely photo of the beautiful plate of carnitas with a delightful Pomegranate Margarita (not mine I swear!).  A little too sweet for my tastes but another win in the margarita realm. 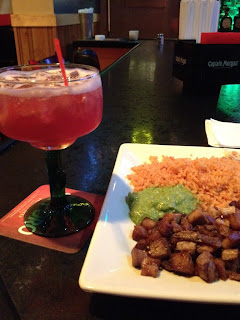 Last but not least, here's Carb Man's chicken burrito.  It's hard to tell how huge this thing is but that's a pretty big plate right there.  If it looks a little lonely on the plate, not to worry, it's a hefty meal loaded with chunks of chicken, rice, beans, lettuce, tomato, and cheese.  It's solidly rolled and held together so nicely too. 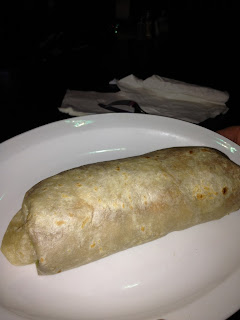 Can't wait until next time to try another dinner or appetizer.  See ya there!


Posted by Allthingsfoodie at 9:07 PM 3 comments: 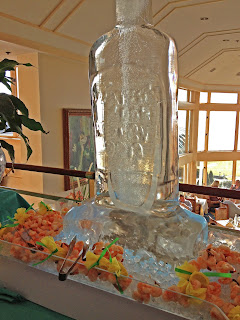 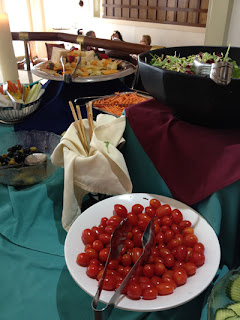 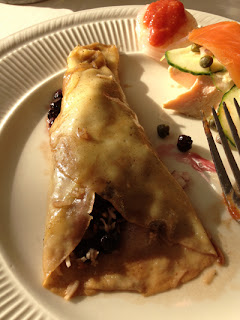 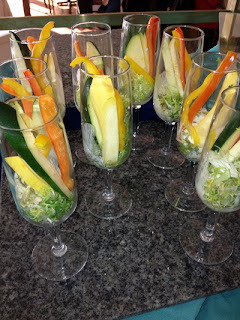 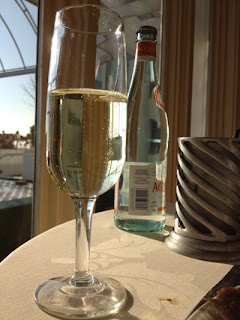 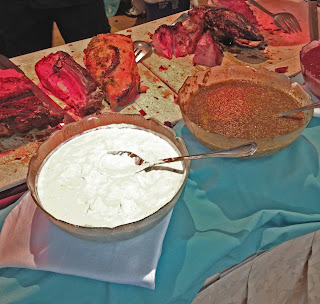 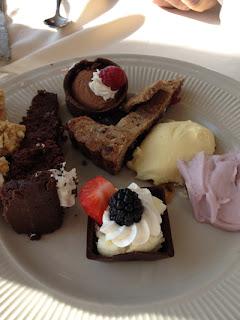 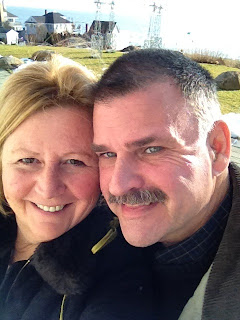 Posted by Allthingsfoodie at 8:01 PM No comments: 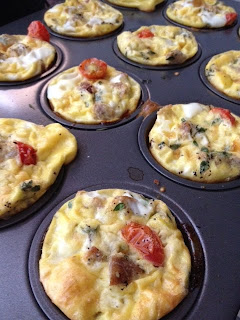 Starting the new year with breakfast egg muffins. I found the recipe on paleospirit.com. It's an awesome paleo site chock full of good stuff for body mind and spirit.

Basically for these egg muffins it's cooked crumbled sausage, scrambled eggs (I use eggs from a local farm) some fresh herbs (you choose) and split grape tomatoes. Cook at 350 F for 20 mins or so, then cool.

Make sure you oil the muffin tin first. I didn't and they didn't stick too much but a little coconut oil or ghee would add to the flavor.
Posted by Allthingsfoodie at 10:26 AM 2 comments: